If the consumption of Anime related blog content on the internet has taught me anything, it is that there is never an opportunity where you can’t blog about what characters you think are the absolute hottest. Anime has given us so many female characters to idolize, and hell, even long-running Anime blogger/YouTuber Digibro posted his list of the 10 hottest females in Anime just earlier this week after 10 years of blogging about Anime. Now, while I have not been blogging nearly long enough to make this age of tradition seem original in the way intended by Digi, I am an anime blogger and a gay one at that… So screw it, here is my list of the five hottest dudes in anime.

If noir and action films have taught us anything, it’s that the easiest way to make a male character hot is to show them working out. Towards the beginning of season one of Psycho-Pass, Kogami begins the episode going to town on a sandbag shirtless within the confines of the Police dormitory he resides in. He unwinds by downing a bottle of water, half of which he pours onto his head to cool off, then smokes a cigarette, looking at a wall of evidence, the place every protagonist in a noir crime story calls home.

I don’t think I need to explain what makes Kogami so alluring from what I’ve just described (and demonstrated above). Throughout the first season and the movie, Kogami proves himself not only a jacked police officer but a god damned warrior who’s talents were seriously underused. Plus his abs could cure cancer so I’d be doing a disservice by not showing them.

#4 – Meme Oshino from The Monogatari Series

Monogatari has a limited number of male characters so it is impressive that one of the few male characters really stand out to me as “hot”. Oshino has a laid-back demeanor, always lounging as if he is a sort of modern wise monk in his fortress in the form of an abandoned school. The beard alone would have won him points but in tandem with the Hawaiian shirt, stilted shoes, and the cigarette that seems to be there to present the aesthetic benefit of a cigarette without the health hazards as if Oshino wanted to look cool without harming himself in the long run.

From the get-go, Klaus was anything but typical. He is a half man, half beast, but presents himself like a modern gentleman. He is poised and proper, seldom acting the way you expect him to, from the rather dark look in his eyes. In fact, Klaus is kinda adorable given his size. He is an absolute gentleman to everyone he meets and is especially chivalrous in the presence of ladies for no other reason than to be sincere. But then right when you think he’s just a softie, he breaks out the fists. 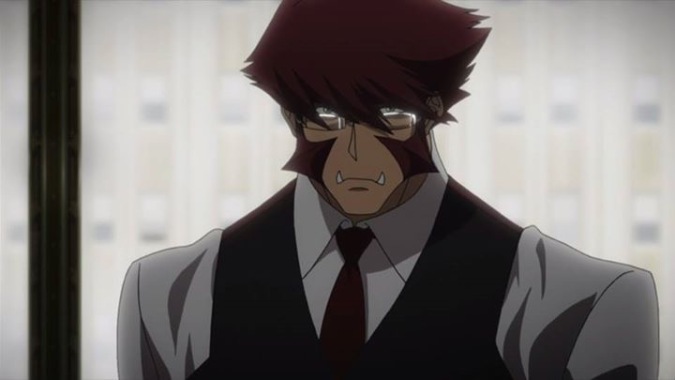 In episode 7, Klaus is tricked into competing in a no holds barred fighting tournament, and in an instant, he breaks out the fisticuffs. As the opponents keep coming, the sleeves are rolled up, and the shirt eventually comes off altogether, revealing the cut physique of a boxer. Needless to say, the effect is tantalizing.

He is both a complete gentleman and a physical powerhouse, with a mind constantly focused on what is most important. Hard to believe a guy with such a scary mug is such a cutie.

Apart from a unique fashion sense that manages to make bandages look like a totally natural fashion accessory, Dazai has a duality to him. He’s funny, quick-witted and a master of sleight of hand, but Dazai also can be a great teacher and it is his overwhelmingly positive attitude despite his dark past as a member of the mafia that makes him respectable. 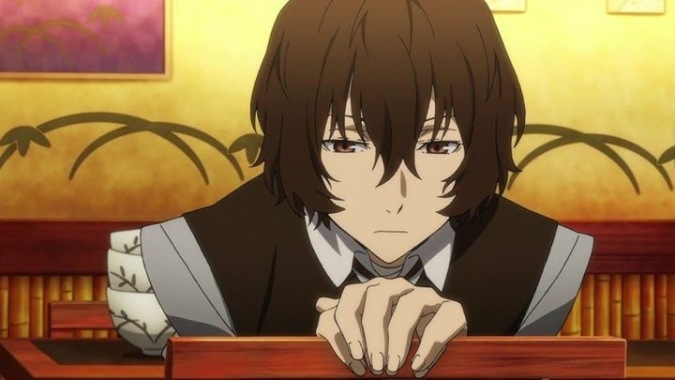 Dazai is silly, weird, unhinged and fixated on suicide, but in the moments where he is serious, he has a slender physique and sly smile that drive me insane. 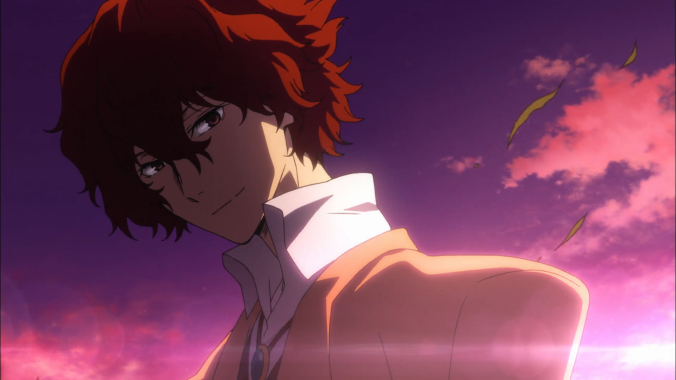 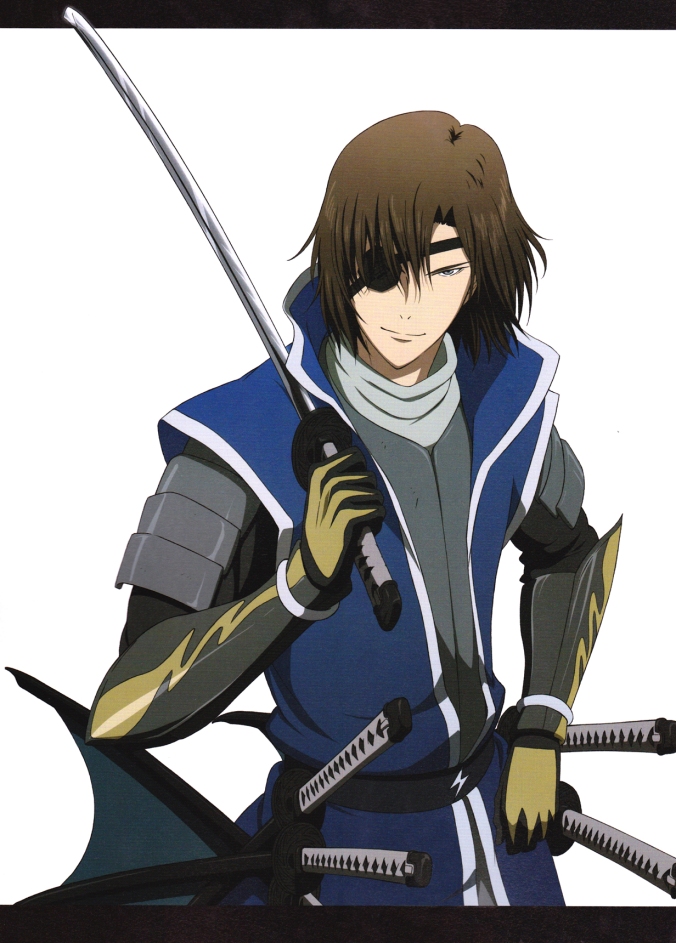 What I love about Date is that he fits into two distinct roles very well. At once, he is the brash, charismatic rogue, charging into combat with a smile on his face to take what he wants because he can. Yet, he is also an undeniably great leader. He isn’t alone, obviously, and the show proves time and time again that his right-hand man, Katakura Kojuro is the tactician guiding One-EyedEyed Dragon in his efforts. However, Date has a way with people that simply is unmatched by any other man in the series, and the way his men hang on his every word is evidence of this. And when his men or his people are in danger, Date knows how to get serious. He is the type of leader who would sacrifice himself to save his people and I absolutely adore that.

Simply put, Date is just a cool dude who attracts people to him with his charisma and undying desire to conquer the land of the rising sun. Added to that, he has a youthful energy and suave attitude that makes my heart melt. Every part of how he presents himself is meant to convey how badass and fearless he is, from the six swords strapped to his hips, to the way his horse’s saddle is meant to represent that of a motorcycle, to the way he always sits upright, arms crossed when riding into battle. Date is gonna wage war, and he’s gonna look good while doing it.

6 thoughts on “Screw it, Here’s My Five Hottest Anime Dudes”