Spoilers below, click here for my review of this show

In the first episode of Akagami no Shirayukihime our protagonist Shirayuki works as a herbalist in the country of Tanbarun. Born with exceedingly rare red hair, she is told that she must become a concubine for Raji, her country’s prince, giving up her life as a herbalist. She spends a long time thinking. Soon enough it is night time. and she makes a choice. Rest assured, the question of whether or not she would become a concubine was never even contemplated. She wouldn’t give up her career so easily. No, instead she pulls an all-nighter, concocting medicine for everyone she knows in town, before cutting her hair and leaving the bright red ponytail on the window sill before fleeing the country. This act of defiance would become one of the many reasons that she is my favorite female character of all time.

“If I had my way, I would keep charting my own path like this. No rules…”

I’ve recently been rewatching Akagami with my sister and I’ve been so enchanted by Shirayuki that I had to share some of what makes her so phenomenal to me.

She lives to help people

When she left her country, she didn’t just leave, she went out of her way to make medicine for everyone she knew. The entire series is all about her helping other people. From losing sleep over treating soldiers at a fort to helping a young woman to make the hunting of native birds to her home illegal, she prides herself on helping people, no matter how much or how little she knows them.

Even Raji, the man who wanted to make her his concubine, is someone who she tries to help in a way. When he visits Clarines later in the first season, Shirayuki tells him to be a ruler she can be proud of. In fact, she spurs him on to improve.

Shirayuki goes from running away from one prince, to going to the kingdom of another. Zen Wisteria appears to be just a handsome traveler with some cool friends when Shirayuki first meets him at the abandoned house they hang out in. Only after Zen is poisoned by Raj, only to show up and save Shirayuki do we realize that he is a prince.

The two go back to Zen’s kingdom of Clarines and Shirayuki immediately begins looking for work as a herbalist. This show is designed so that their romance develops organically throughout the season, so Shirayuki’s primary motivation for getting closer to Zen isn’t for romantic reasons. It is to be closer to a friend while also pursuing her dreams.

In episode four, Shirayuki decides to become a court herbalist at the castle. That way she would be working in the castle and therefore, would not be a burden to Zen. But once again, she is doing it for personal reasons primarily. She LOVES nature and medicine and working in the castle would give her access to materials, plants, and medicines she could only dream of in a standard position.

She clearly has the hots for Zen (even if she doesn’t realize it until later), but Shirayuki’s passions come first, which is really inspiring.

She Won’t Let her Status Define Her

What spurred Shirayuki to pursue work in the castle was the events of episode three, where a Lord in Zens kingdom tried scaring Shirayuki away from the castle using the talents of a mysterious and agile spy. The attempt to scare her only strengthened her resolve, however. She confronted the Lord and made him realize that despite her social class she was to be respected. This display even inspires the spy, Obi, to become Zen’s personal spy and attendant and one of the coolest members of the cast.

She Stands her Ground

When Obi fired an arrow at her to try and scare her off before she confronted the Lord, Shirayuki immediately went to Zen to tell him what happened, not wanting to cause a scene without knowing all the details. Zen is understandably shaken and scolds her for taking everything so lightly, but I love how she stands her ground. She assures him that she understands the risks and that she can be trusted to act responsibly.

That’s the great thing about the way these characters talk in this show. Where other love stories draw out romantic tension for ages, Akagami has its characters discuss their problems like adults. In episode 11, after Shirayuki is starting to realize she loves Zen, they sit down and have a really meaningful discussion about how they feel and what they are afraid of. Shirayuki gets emotional because she is afraid of her feelings ruining their friendship. 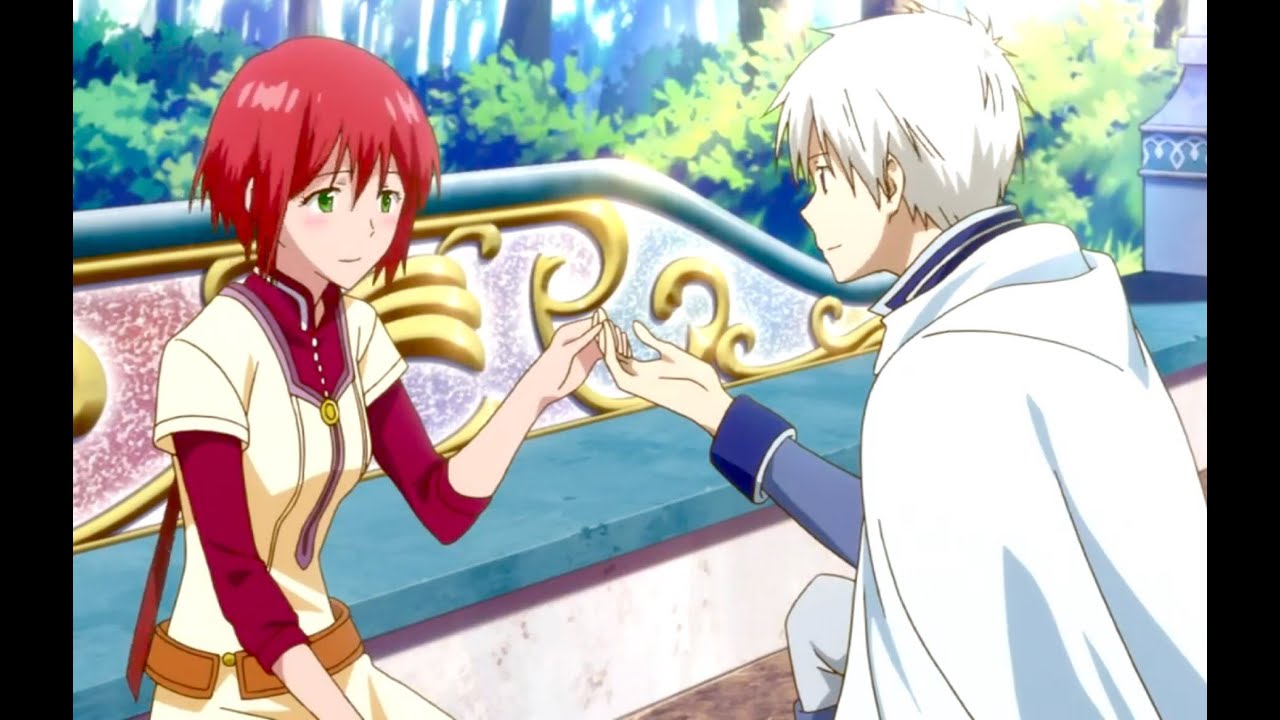 She is afraid of change, something I can relate to all too well. It reminds me of my own fears about becoming intimate with people I’ve known for a long time.

Towards the beginning of season two, there was a moment between Shirayuki and Raji when Shirayuki returns to Tanbarun, in an attempt to become friends with him after he allegedly cleaned up his act.

Shirayuki tells Raji that whenever she meets someone, she yearns to make a connection with them. “I learn so much,” she tells him. By all means, Shirayuki should hate Raji and find him repulsive, but she is willing to forgive him for the chance of growing closer to him and building a connection so she can learn more.

I felt connected to Shirayuki in that moment.When someone needs help, I tend to go out of my way to help people, even when they are people who I don’t necessarily like all that much. However, Shirayuki is the type of person I wish I could be.

When someone needs help, I tend to go out of my way to help people, even when they are people who I don’t necessarily like all that much. For as naive as it seems, I believe in happy endings and constantly strive to achieve them. I get what Shirayuki is thinking when she tries to build a connection to people. However, Shirayuki takes this a step beyond.

What Shirayuki Means to Me

Shirayuki is the type of character I want to share with my future daughter. She is determined, she is driven, she doesn’t acquiesce to the demands of others simply because of her social class, she aspires to help others, and she takes her dreams, makes them attainable goals, and puts them at the forefront of a path she crafts for herself.

One thought on “Why Shirayuki is My Favorite Female character”