The benefit of a show like Ergo Proxy is that despite having come out in 2006, most people who watch this show have no idea where this show will go and the bizarre turns it will take with its story. I am no exception as I have been aware of this show and parts of its premise for years. However, upon finishing all 23 episodes, I can safely say that my expectations for the show were proven false after just three or four episodes and I never was truly able to predict where it would go after that.

It all begins in the domed city of Romdo, built to preserve humanity in the wake of a catastrophe that made the earth almost uninhabitable. Within the walls, the citizens live in luxury, while immigrants work to earn the title of citizen. All is not peaceful, however. AutoReivs, robotic assistants to humans, are beginning to develop souls as a result of the “Cogito virus.”

To make matters worse, strange monsters have appeared and blood has been spilled. Investigator Re-l Mayer seeks to find answers about the nature of these monsters called Proxies. Together with Vincent Law, a mysterious immigrant searching for his past, and Pino, an infected AutoReiv that looks like a little girl, Re-l goes on a journey to uncover the truth behind the Proxies and the impending “Awakening,” whatever that may entail.

Truth be told, the less you know going into Ergo Proxy, the more enjoyable the ride will be. Admittedly, Ergo Proxy is the type of artful indulgence that can easily be accused of lacking narrative cohesion for the sake of being artsy. What I mean is that some may claim this show is pretentious, but I think the show simply has different priorities than most TV anime or in any medium for that matter.

Character driven adventure shows with standalone episodes are nothing new. Hell, Cowboy Bebop is practically that exact formula but perfected. However, in Ergo Proxy’s case, I’ve never seen an Anime give less of a shit. This show has some of the most existential and bizarre episodes sprinkled throughout its 23 episode run. It has a talent for toying with your expectations and really explores the minds of its characters just as much as it explores the vast world surrounding them.

Re-l Mayer, one of the main protagonists of the series

Ergo Proxy asks many questions and begs even more from the viewer. It ponders what happens when the machinations of a creator question their existence, but it doesn’t limit the scope of this topic to just the robot characters but the humans as well. Characters question why they were created and the show likes to ponder the larger implications of individuality and the interaction between creator and created.

The glue to binds all of this together is the cast. I haven’t seen such a satisfying cast of characters who were all incredibly influential to the plot in a long time. The main trio especially is completely different by the end of the series and you can feel that gradual change occurring in each of them as they grow closer. It helped that there were some quieter, more personal episodes dedicated to bringing them closer together that really stuck with me.

Typically shows like this make me worried that the philosophy and general interpretive nature of the plot will result in a conclusion with more questions than answers. This show was the complete opposite. While I still had questions at the end, this series wrapped up its character arcs, developed characters I previously knew little about and ultimately took time to give the audience the answers they wanted. I couldn’t help but grin all throughout the ending. 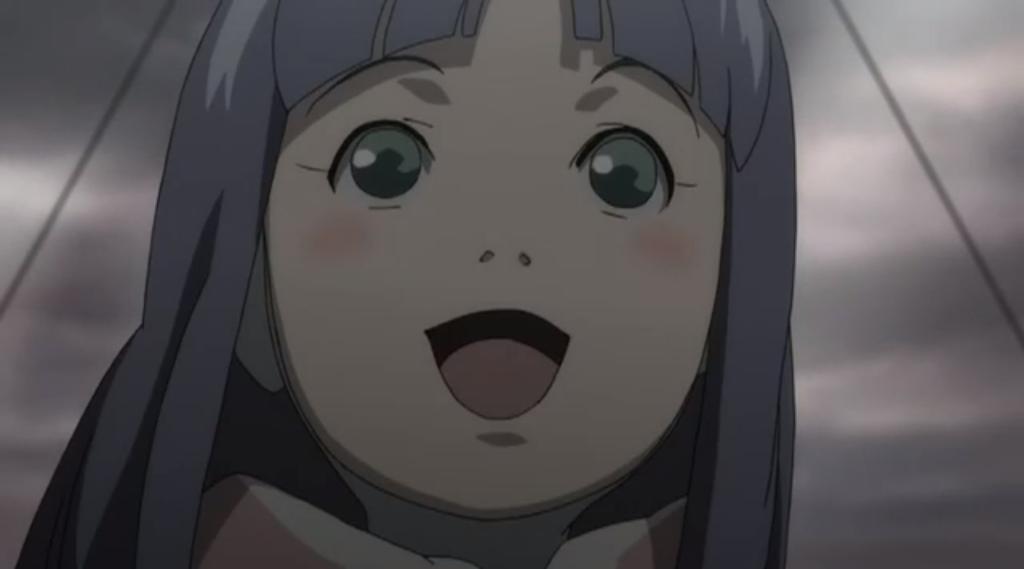 Pino, the young robot with a soul

But not every episode is a winner. The show’s midsection has a couple less memorable episodes bogged down by a lack of focus. There is a direction the show is heading, but it takes a while to get there and newer viewers may not be able to push through. To make matters worse, there were a couple episodes that felt like they existed to tell the audience information that felt like it should already be common knowledge and that made me tune out occasionally.

All this is understandable given that this is a much slower show than most. Occasionally there are beautifully directed action scenes but this show is first and foremost about characters and the story. Thankfully this series managed to keep my attention thanks again to entertaining characters, solid direction, smart writing and some really memorable one off episodes.

Manglobe did a phenomenal job creating one of the most visually unique Anime I’ve ever seen. Seeing shows like this makes me all the more sad that Manglobe went bankrupt. The visual style alone is unlike anything I’ve ever seen in Anime and it feels like this type of aesthetic is from a bygone era of experimental TV Anime.

The mechanical design, background art, and character designs are all top notches. On the topic of character designs, the show brilliantly alters the design of the characters to reflect the change in the characters. Vincent Law especially is drawn with his eyes closed and a more rounded face, but he is drawn with sharper edges and a more handsome look as he changes. It is an attention to detail that shows the care put into the storytelling by the staff.

Vincent Law, a wanted man searching for his past

In terms of music, the composition did little more than to add to the ambiance, but the ending theme gets special mention because it was the song “Paranoid Android” by Radiohead. Yes. That Radiohead.

I watched this show in its English Dub. I tend to stress the importance of lead performances in grading dubs and I’m happy to say that Ergo Proxy’s dub is phenomenal. Special mention goes to Liam O’Brien as Vincent Law, Megan Hollingshead as Re-l Meyer, and Rachel Hirschfeld as the adorable Pino.

I got Ergo Proxy based solely on its pedigree as one of the premiere existential sci-fi anime next to Serial Experiments Lain and Ghost in the Shell and I can safely say it is worth a watch. A cerebral trip into an age of dark, dreamlike sci-fi that feels so far away, almost nostalgic. It should be watched by all with a keen eye for visual direction and characterization.

For more on this series, here is a short recommendation by YouTuber Demolition D

Have you seen Ergo Proxy? Have I piqued your interest? Leave a comment and feel free to suggest other shows for me to review. Thank you for reading and as always, I’ll see you next time.